Infigo’s (not so) secret weapon: Meet the Moldovan Development Team

Successful businesses are often like a swan. Gracefully gliding across the surface, you’re not aware of the frenzied activity below the water, that drives the swan forward. Which is the perfect analogy for our Moldovan development team.

Led by Roman Gherman, Head of Development at Infigo Moldova, the team has increased substantially since it was created in 2016. Initially comprising of Roman and one other developer, the team now has 20 members and is a significant driver of Infigo’s growth.

It’s perhaps no surprise to learn that whenever we announce a new module or tool (such as Infigo Invent, our Adobe InDesign plugin), a lot of the development work will have been carried out in Moldova.

However, where Infigo customers will have noticed the real value of our Moldovan team, is with the additional technical support they provide. Wherever clients are based in the world, the Moldovan team means they have access to technical experts for significantly more hours of the day.

Infigo decided to establish a presence in Moldova following significant government investment in the country’s IT infrastructure. This included a simplification of taxes for foreign tech firms through a virtual IT Park. As a result of this investment, development expertise has become Moldova’s greatest export, with the industry providing significant career opportunities for young Moldovan workers.

While this has created a significant talent pool, competition for workers is fierce. Particularly as a number of Silicon Valley firms have also chosen Moldova’s capital, Chișinău, as a European base.

While this provides an environment of innovation, it also provides a challenge. Roman says: “It is pretty difficult to recruit new people, because of there are many companies in Moldova. However, this hasn’t stopped us from recruiting some of the best talent available.”

As the team has grown, this has created other logistical challenges, such as having to move to a larger, modern-set office in 2018.

Despite being 1600 miles from our main UK headquarters, the Moldovan team are heavily involved in all aspects of the business. Not only are Roman and his team heavily involved in business decisions and strategy, they also throw themselves into the social activities that form the Infigo culture.

As well as jumping on a plane to attend company away-days, and representing Infigo at a range of industry events, they were an integral part of our recent Ukraine fundraising success. Setting our global team the challenge of covering the distance from London to Kyiv, and back again, through a range of different activities, the Moldovan office covered significant ground.

However, this isn’t a surprise, judging by the camaraderie Roman has established in the team. This is because you are just as likely to find his team of developers hiking up a mountain as you are creating code at their desks. From spiritual hikes to the Saharna Monastery to social events such as barbeques, paintballing and Go-Karting, the team typifies why we describe Infigo as a global family.

Alex Bowell, Technical Operations Director for Infigo says: “The Moldovan team really are some of Infigo’s unsung heroes. They’re a big part of our Infigo family and I personally have seen them all grow and develop as individuals and as a team over the years.

Despite them being based over 1500 miles away, we regularly get together as a company – whether its for a hackathon, a company party/conference or even a Moldovan wedding – we do it together. The connection we have and the synergy from their team can be felt throughout business and they have been a key factor in our global success to-date.

One of the main reasons for sharing this blog is to let everyone else know how they important they are.” 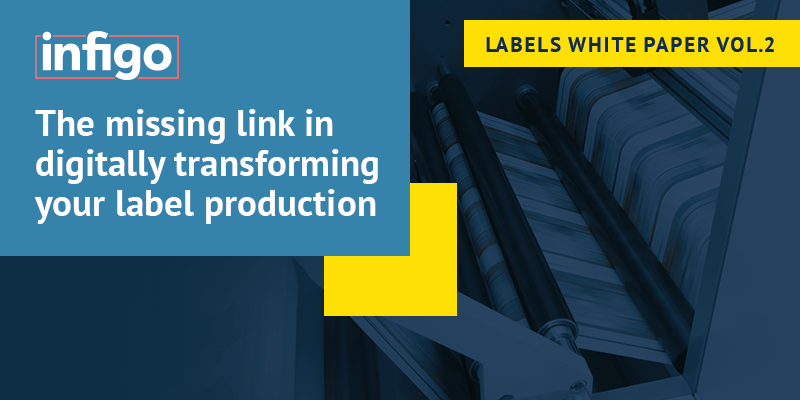 Blog: The missing link in digitally transforming your label production

Label converters have been fighting challenges that other industries would love to have. An explosion in demand for labels and, for many converters, an inability to keep up with the demand. The industry has seen a significant investment in digital transformation in recent years. Installing and utilizing digital printing and finishing equipment, converters have been […] 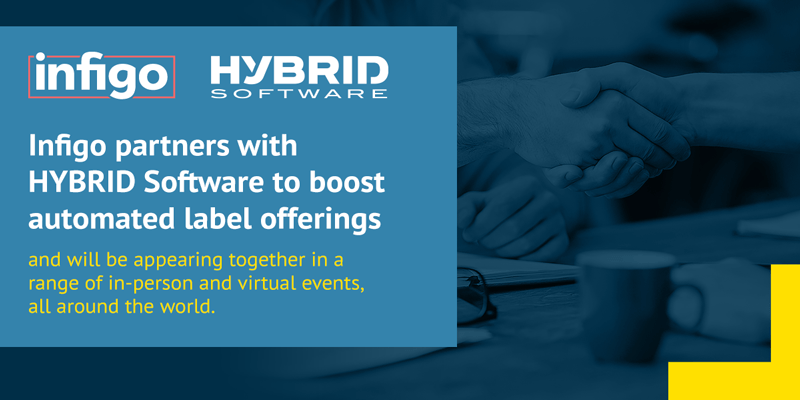 We are excited to officially partner with labels workflow automation experts, HYBRID Software. Infigo continues its industrious start to the year by announcing a partnership with global automation specialist, HYBRID Software. Having worked on client projects together, and also as members of influential label trade organisations FINAT in Europe, and TLMI in the US and […] 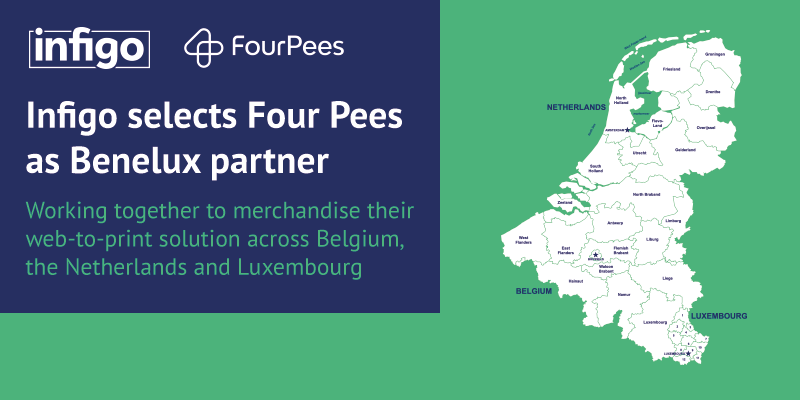 Infigo proudly partners with respected, proven European software implementation specialists. We are excited to announce that we have officially partnered with implementation experts Four Pees. The partnership will mean Infigo’s software stack is made available and supported across France and the Benelux region of Belgium, the Netherlands and Luxembourg. Infigo has a long history of pushing […] 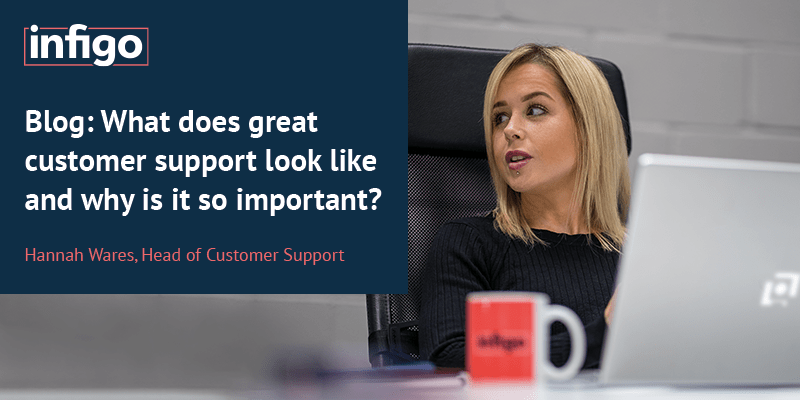 Blog: What does great customer support look like and why is it so important?

It’s an understatement that great customer service is critical for any organisation. Unsurprisingly, 64% of business leaders say that good customer support has a positive impact on their company’s growth. However, when organisations are reliant on your software to keep their business running, you need to ensure you have the capacity to handle any technical […]

Ready to get started?
Find out how to scale your business with web-to-print in a tailored 1-to-1 demo
Book a demo